Is creationism just white supremacy? The answer is no. 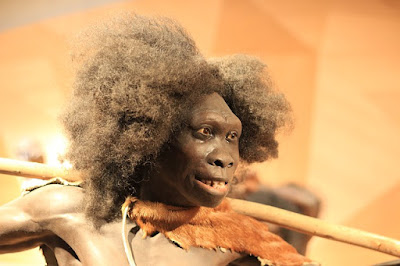 A recent editorial published by Scientific American makes the bold claim that "evolution denial" is not religiously motivated but is instead a form of white supremacy.  Given the current concerns about racism and anti-racism, I guess it's no surprise that someone would accuse creationists of being white supremacists.  The article's author, Allison Hopper, is not a scientist but a journalist who mostly seems motivated by the lack of pro-evolution children's books.
Now you might expect me to rail against this article like Jerry Coyne (who I find myself strangely agreeing with to some extent), but I think the reality is more complex than either Hopper or Coyne present.  On the one hand, Hopper's article really is kind of a mess, with very little actual evidence of lingering white supremacy in modern creationism.  I think there could be a correlation between modern racist attitudes and creationist views, but Hopper doesn't demonstrate it.  And correlation is not causation.  And just because creationists of the past were racist doesn't make modern creationists racist, any more than the rampant imperialism and racism of conventional anthropology's past makes modern anthropologists racist.  So there's lots to complain about with Hopper's article, and I'm frankly surprised that such a poor analysis made it to print.  Maybe I shouldn't be, given current attitudes, but I would have thought Scientific American would be a bit more critical in what they publish.  I guess not.
So why not just condemn Hopper's shoddy article?  Well, the relationship between creationism and racism is complicated.  Take for instance Hopper's explanation of creationist racism:

At the heart of white evangelical creationism is the mythology of an unbroken white lineage that stretches back to a light-skinned Adam and Eve. In literal interpretations of the Christian Bible, white skin was created in God's image. Dark skin has a different, more problematic origin. As the biblical story goes, the curse or mark of Cain for killing his brother was a darkening of his descendants' skin. Historically, many congregations in the U.S. pointed to this story of Cain as evidence that Black skin was created as a punishment.

No literal interpretation of the Bible could possibly be that specific, because the Bible is not that specific.  We are not told anything about what the mark on Cain was or any physical effects of the curse on Canaan.  The Bible doesn't say a single thing about what skin tone Adam and Eve had nor does it explain how physical, ethnic differences came to be.  Hopper's biblical analysis is lacking (probably from not actually reading the Bible).
Nevertheless, there's a reasonable explanation for why Hopper thinks the Bible says that.  Attributing dark skin to the mark on Cain or more commonly to the post-Flood curse on Canaan is a racist interpretation of the Bible that was very common in nineteenth century slavery apologetics.  Supposedly, these curses marked all the descendants as cursed by giving them dark skin, and hence this justifies their mistreatment and enslavement.  Obviously, I've got a big problem with those interpretations, not just because they read meaning into the Scripture that is not there but also because their real motivation - brutal subjugation of an entire group of people - is sickening and abhorrent.
Speaking from my own creationist perspective and my understanding of the evidence, I have no doubt that Adam and Eve were dark skinned.  Lighter skin tones are caused by a mutation that causes a signaling protein to malfunction.  The various mutations that we know about work kind of like a dimmer switch on melanin production.  In lighter skinned people, the dimmer is turned down, so the skin appears light.  In very dark-skinned people, the dimmer is turned up, so the skin appears very dark.  When the protein is working "normally," it produces a moderately dark skin.  So Adam and Eve were probably dark skinned.  Not that that matters.  It's more of a scientific curiosity at this point, but there it is.  White skin tones developed from dark skin tones, even in my creationist view.
But that's scientific trivia, and I'm sure Hopper is more concerned about the nefarious connections between racism and creationism.  There's no denying these connections, but you definitely have to go looking for them in the modern creationist world.  The blatantly racist claims about Cain and Canaan don't pop up very often if at all in the creationist literature I grew up with.  I had heard about them growing up, but I'd be hard-pressed to say where.  I definitely did not perceive the vile motivations behind those claims.
Still, when you go digging, you can find ugly racist claims in early twentieth century creationism.  I've noted T.H. Graebner's despicable approval of the KKK, and there are other, more subtle racist ideas to be found.  But here's the problem: Much of white culture, including actual scientific anthropology, was also steeped in racism and imperialism as well.  So accusing early twentieth century creationists of being white supremacists isn't really that much different than saying that early twentieth century creationists were white.
I guess the moral of the story is this: Worldviews don't necessarily make you despicable.  Instead, you just twist your worldview to fit your despicability.  Are you a racist evolutionist?  There's plenty of ways to warp "survival of the fittest" to fit your ideology.  Are you a racist creationist?  You can read into the Bible all manner of racist ideas.  Just being an evolutionist or creationist doesn't make you a racist any more than being white or black makes you a racist.
There is another important lesson I think I can take from Hopper's article.  Insofar as Hopper is trying to repudiate past racist ideas, she's very typical of anthropology as a whole.  Generally speaking, any of the various sciences related even tangentially to anthropology (cultural anthropology, comparative linguistics, archaeology, etc.) have a history steeped in racist ideas of white supremacy, but when I attend anthropology conferences, I hear and see modern anthropologists working diligently to root out those false ideas and adopt a more realistic perspective on the origins and diversity of humanity.
I think creationism could do better in that regard.  That's not to say that creationists are doing nothing to repudiate false racist ideas of the past (because they most certainly are), but there is that persistent idea that somehow evolution is the truly racist ideology and creationism is not.  I think we need a more diligent probe of our own racist history and intentional repudiation of racist interpretations of Scripture.  There's really no excuse here in the twenty-first century for Christians to believe that dark skin originated by a curse on anyone.  That's slavery apologetics, and we must do better.
The good news is that we can do better, and we already are.  There's lots of creationist work on the origins and diversity of humanity.  It's out there.  It just needs to be elevated to the public's attention even more than it is.
Hopper. 2021. Denial of Evolution Is a Form of White Supremacy. Scientific American, published online.
Feedback? Email me at toddcharleswood [at] gmail [dot] com. If you enjoyed this article, please consider a contribution to Core Academy of Science. Thank you.
Have you read my book?  You should check that out too!