Even more Laetoli prints - but different! 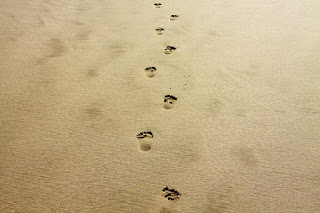 Just five years ago, I was writing about a new set of tracks discovered at the famed Laetoli site in Tanzania .  Now there's even more news from Laetoli, and this time, it's different.  Old tracks discovered back in the 1970s and then neglected when the much more famous trackways were uncovered at a nearby site have now been subjected to scientific scrutiny.  This re-discovery and new examination appeared in Nature yesterday (and yay, it's open access! ). The paper by McNutt and colleagues describes the original discovery and uncertainty about the prints.  It was definitely a track of five prints at a place designated Site A, and it was definitely from a mammal walking upright on two legs.  But the two best prints revealed a really wide foot that could have been from a bear.  When attention shifted to the more famous tracks nearby at Site G, Site A was ignored. McNutt and colleagues found the tracks following the original site descriptions from published reports, and they
Read more

Please help us continue our ministry! 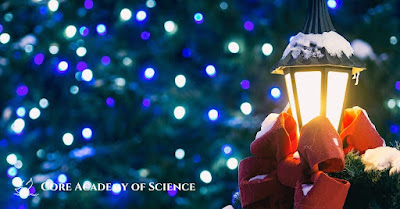 Today kicks off Core Academy's Christmas funding campaign.  Like most small nonprofits, Core Academy operates most of the year in a financial deficit and then we rely on our supporters' generosity during the month of December to get back in the black.  I wish our funding was more consistent, but for the eight years I've been doing this, we've made an average of a third of our annual income during December alone. Why should you support us?  There's a whole article about this on the Core Academy website , but here's the short version:  Core Academy's mission is to raise up a new generation of creation researchers.  We work alongside the formal educational system to provide opportunities for talented young scholars to learn the ins and outs of creation research from seasoned creation researchers.  This year, we've expanded our work through partnerships with professors around the country to train more than a dozen young people.  Does it work?  This year, we
Read more 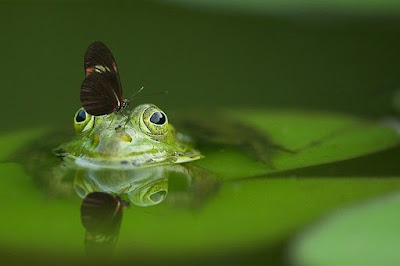 About twelve years ago, Roger Sanders and I organized a conference on created kinds for the Origin of Species sesquicentennial, and at that meeting we began discussing creationist ideas about species.  Roger and I thought we might organize a special volume of the Core Issues  series on that subject, and Roger agreed to take the lead in editing the papers.  So we drew up a list of contributors and sent out invitations.  Only a handful of people responded, but we went ahead thinking maybe we might persuade some to contribute down the road.  Well that didn't happen, and then we got downsized and had to start Core Academy, and then Roger retired, got sick, and passed away.  Before he died though, he essentially finished editing the papers, and I suggested we put them in the Journal of Creation Theology and Science .  Then it was a matter of my writing a short introduction, along with the final layout work for people already too busy.  Then when we were finally ready to put them up and
Read more

New booklet from me & Core Academy! 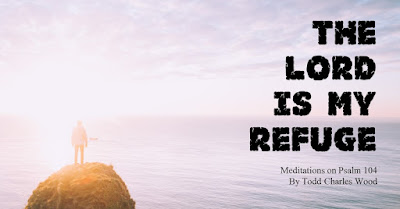 Core Academy has a new booklet collecting my meditations on Psalm 104 from this year's Creation Celebration.  If you enjoyed the Adoremus interludes in The Quest  or last year's booklet Day by Day , you'll probably enjoy this too.  It's just a $10 donation to Core Academy at this link .  Or just click on the picture above. Feedback? Email me at toddcharleswood [at] gmail [dot] com. If you enjoyed this article, please consider a contribution to Core Academy of Science. Thank you. Have you read my book?  You should check that out too!
Read more 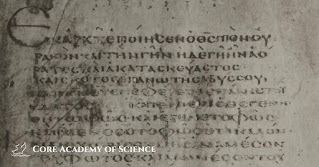 I'm having quite a fun time researching for my new book on the creation model, and I thought it might be even more fun to share some of what I've learned before the book is done.  Then I thought I should give it a snappy title that could be shared on social media, so here it is: Friday Facts!  I don't know that I'll post something every Friday, but we'll see how it goes.  And if I get my "facts"  wrong , then please tell me so I can correct it before the book comes out. Today, I just couldn't keep this to myself.  What is the oldest written copy of Genesis 1 that we still have?  As far as I can tell, it's Codex Alexandrinus, a four-volume copy of scripture that was made around the middle of the fifth century.  That makes it about 1500 years old.  The Codex was hand copied by scribes, and at some point it came to reside in Alexandria, Egypt.  From there it was taken to Constantinople (Istanbul) in 1621 by Cyril Lucar, the Greek Orthodox Patriarch of
Read more 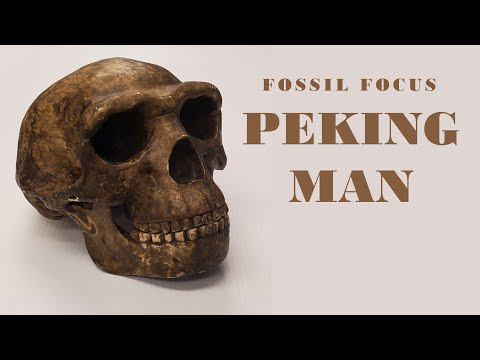 Check out this new episode of Fossil Focus.  I recently acquired a historic reconstruction of the Peking Man skull, and that's a great opportunity to talk about one of the most intriguing stories in paleoanthropology. Feedback? Email me at toddcharleswood [at] gmail [dot] com. If you enjoyed this article, please consider a contribution to Core Academy of Science. Thank you. Have you read my book?  You should check that out too!
Read more

News from the Dinaledi Chamber 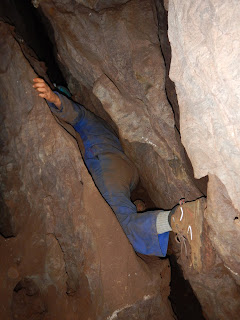 Explorers squeeze through narrow spaces in the Rising Star system in Johannesburg, SA.  Photo courtesy University of the Witwatersrand. I'm looking at these photos of researchers squeezing into these tiny cracks in the Rising Star cave, and all I can think is a big, fat "NOPE!"  I guess I'm not cut out for cave exploration.  That's fine.  I am glad there are people who are able to manage. Anyway, Lee Berger held a press conference this morning to announce his latest research papers, published today in the journal Paleoanthropology .  The first paper and the press conference focused primarily on the remains of another juvenile Homo naledi recovered from Rising Star.  The remains are six teeth and 28 pieces of skull.  They've been reconstructed into a face and given a name: Leti, which comes from the Setswana word for "the lost one." Great to have our research on the new "Leti" skull of #Homonaledi out in the open access journal PaleoAnthr
Read more
More posts