Showing posts from October, 2019
Show all

Forbidden fruit was just the beginning 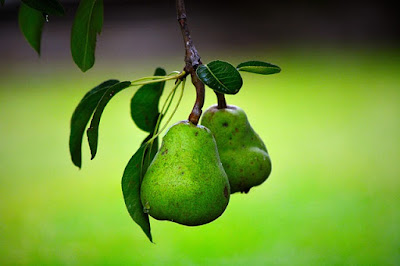 Because apples get a bum rap I had some thoughts over the weekend, and I wanted to get them down before I forgot.  I've been pondering the Fall and the forbidden fruit.  In Genesis 2-3, the forbidden fruit looms almost as large as the serpent, but I suspect it's mostly because of two things: The threat of death, and we know how the story ends.  I suspect that leads us (creationists?  other theologians?) to telescope in on the fruit and the consequences, as if that was all that was going on.  As I ponder this, I'm also thinking about some modern theistic evolution readings of the Fall, where the entire account is rendered a kind of fable for the common human experience of yielding to temptation.  After all, what kind of father curses the entire human race to death because someone ate the wrong piece of fruit? And that's where I think it's tragically misguided, because by focusing solely on the fruit, we're ignoring the context of God's instructions.  G
Read more

Reflections on Leithart's A House for My Name

The other day I asked on Facebook if people could recommend good books on the theology of creation.  I had been looking around on google and Amazon for "creation theology," and frankly I was a bit distraught at the absolute dominance of apologetics in that category.  On Amazon, I even found nonsense like God Delusion  when searching for creation theology books.  Computers can be so helpful and so terrible all at once. Anyway, my friends came through and recommended a rather large stack of books, and I decided to start with this Peter Leithart's A House for My Name .  I'd heard really good things about this book for several years, and I thought it was about time I checked it out.  Now that I've finished reading it, I'm ready to share my thoughts.  They are succinct: YES. In my line of work, it's pretty rare that I read a book that I mostly agree with.  It was kind of weird and refreshing.  I admit that were some points where I disagreed with Leithar
Read more
More posts