Showing posts from March, 2019
Show all

I wanted to make sure everyone reading knew about the Origins 2019 conference coming up July 17-20 at Cedarville University.  I'll be speaking on human origins at the special "Reclaiming Wisdom" conference held in conjunction with Origins 2019.  You can find the call for abstracts at the Creation Biology Society website, and more information about the conference can be found at the Reclaim Wisdom site .  Abstract submissions are due May 10, 2019.   I hope to see you there! Call for Abstracts Reclaim Wisdom Feedback? Email me at toddcharleswood [at] gmail [dot] com. If you enjoyed this article, please consider a contribution to Core Academy of Science. Thank you. Have you read my book?  You should check that out too!
Read more

I got some 'splainin' to do 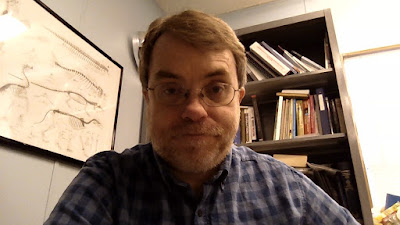 I've got a weird, awkward announcement, so let's just rip it off like a band-aid: I'm going to speak at the BioLogos conference next week.  I'll be appearing with Darrel Falk and Michael Gulker of the Colossian Forum.  We'll be talking about the book The Fool and the Heretic .  Our session is scheduled for Friday afternoon 1:30 to 2:30 in the main plenary room (Constellation AB). For that small minority of my readers who don't know, BioLogos is an evangelical organization dedicated to promoting evolution to other evangelicals.  I am a young-age creationist, and I have a lot of problems with mixing evolution and Christianity. Before you ask, no, I have not gone over to the dark side.  I just had an opportunity to speak to a crowd that would normally not listen to any young-age creationists.  Not in person, anyway.  That's a tempting prospect.  Also, Darrel really wanted to go and promote our work together.  So even though I already had plans next week
Read more

Is the fool unique? 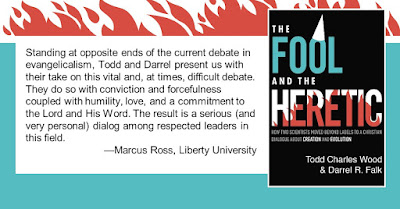 For those following The Fool and the Heretic , there have been a smattering of updates.  Personally, I've had a few comments from other creationists, most of which tended to be confused (about Darrel and the book), cautious, and just a tiny bit confrontational.  I've also had very encouraging comments from folks who really appreciate what we're trying to do.  That's been gratifying. In addition to our Bible Gateway interview , you can also read a more extensive interaction between Darrel and me at the Henry Center's website, Sapientia.  The exchange begins with Darrel's review of The Quest , followed by my response , and Darrel's final response to me .  Then there's an interview with the both of us conducted by Hans Madueme. Reviews are still sparse.  Amazon currently has just four reviews posted, and they are all positive.  I think Gregg Davidson's review has an interesting claim that I will address below, namely, that I'm an oddity in
Read more 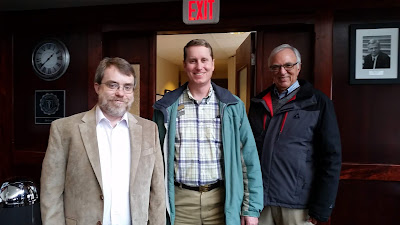 Darrel and I with Arnold Sikkema, our host at Trinity Western University I'm just back from Vancouver where I spoke at Trinity Western University with Darrel Falk and Rob Barrett of The Colossian Forum.  I had a pleasant time there, even though it was evident that few people in the various audiences we spoke to were "on my side," as it were.  The Q&A was illuminating in many ways.  I felt at times that the questions directed to me were antagonistic and confrontational.  They repeated some very standard talking points for why creationists are wrong, and I got pretty animated with some of my answers.  At one point, I even elicited gasps with my bluntness.  As Darrel, Rob, and I discussed our experiences the morning after the meeting, Rob said he interpreted the questions as more honest curiosity.  That's definitely possible, because my personal interactions were not confrontational at all.  Then again, perhaps the more confrontational people simply avoided me?
Read more
More posts