Showing posts from May, 2012
Show all

May 30, 2012
Back in 2009, when my colleagues and I did the Genesis Kinds  conference, Joe Francis made the intriguing suggestion that symbiosis could be a cause of rapid speciation within baramins.  Now this is no news to evolutionary biologists, but for creationists, this was pretty different.  Thanks to Margulis, knowledge of symbiosis and its role in evolution is pretty well known, but creationists have generally looked to genetic or genomic factors to account for speciation.  So in our arena of rapid speciation, Joe's suggestion was pretty interesting. In that light, this week's PNAS  has an interesting paper that directly relates to some of what Joe was talking about in his paper.   Kikuchi et al. report on insecticide resistance in stinkbugs that is conferred by a symbiotic bacterium called Burkholderia .  They found that in soil treated with the insecticide fenitrothion, the bacteria became enriched with strains capable of degrading fenitrothion, which then led to an enrichment i
Read more

May 24, 2012
Ever since working for several years on my Galapagos monograph, I've been obsessed with islands and island endemics. As a direct result of that obsession, I stumbled across references to the little island of Socotra, just off the horn of Africa. It's a fascinating place, full of unique species but continental in origin (ie, it's not a volcanic island). So I was delighted to see that the latest National Geographic has a story on Socotra. Check it out: Socotra: Where the Weird Things Are Someday, if and when the security situation in Yemen improves, Socotra is on my short list of places to visit. Feedback? Email me at toddcharleswood [at] gmail [dot] com.
Read more 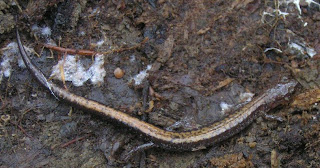 I'm back from a week in Shenandoah National Park where I scouted locations for this summer's field trip for Origins 2012 . I worked pretty much twelve hours a day, and drove about 1000 miles in the park (that's ten times the length of Skyline Drive). Saw four bears, countless deer, and a bunch of redback salamanders. I'm exhausted! Coming up this summer: I'll be speaking at the Summit student conference in Colorado on June 13-14 (which is currently completely booked), then I'm off to Evolution Ottawa the first week of July. In the midst of that, I have four papers and a grant proposal due in June, and I'm getting ready for the Origins 2012. I've also got a list of things I want to blog about, but I don't know how much of that I'll get done. Busy, busy, busy! Meanwhile, Paul Garner had an interesting post about an article that surveyed creationist books in libraries in Great Britain. It's worth a read. Feedback? Email me at
Read more

Parting thoughts on Dembski and Falk

May 10, 2012
Last week, I posted two notes on the latest Southern Baptist voices essay by William Dembski at BioLogos ( here and here ). To review, I was dissatisfied with a number of issues regarding Dembski's argument, especially with his straw man "Darwinist." I got several really nice letters thanking me for my thoughtful comments, which was actually pleasant. I also got a few responses telling me that I just don't understand Dembski or ID or whatever. You know, I'm really grateful for all the letters I've gotten over the years telling me what I just don't understand. Judging by the sheer number of these letters, I must be dumber than a bag of turnips. So I'm very glad there's always someone willing to set me straight. On the other hand, maybe I really do understand a bit more than people give me credit for. Perhaps I understand that the creation/evolution issue goes way beyond the meager territory staked out by the ID movement. I also suspect th
Read more 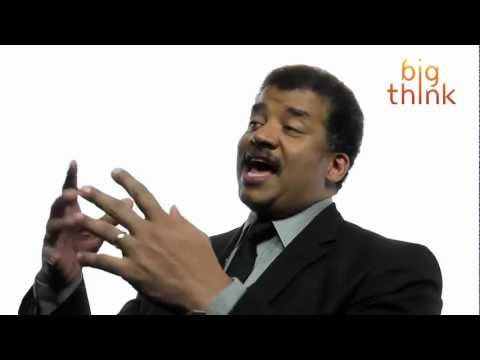 Now this is interesting: Thanks to Elizabeth Liddle for bringing it to my attention. Feedback? Email me at toddcharleswood [at] gmail [dot] com.
Read more

May 05, 2012
The Colossian  Forum needs to fill a few job positions, in particular a director of scholarship.  See their job announcements here: Colossian Forum Careers Feedback? Email me at toddcharleswood [at] gmail [dot] com.
Read more

May 04, 2012
Check out Paul's new shirt: Look at the great T-shirt my wife bought me Feedback? Email me at toddcharleswood [at] gmail [dot] com.
Read more

May 03, 2012
Yesterday, I discussed the first half of Dembski's BioLogos essay Is Darwinism Theologically Neutral? , which created some discomfort in my mind. I found his non-negotiables to be odd, and that led me to suspect that I might not be comfortable with the way he uses them. In the second half of his essay , Dembski deploys these non-negotiables to argue against the theological neutrality of "Darwinism." As much as I was bothered by the non-negotiables Dembski chose to focus on, I am equally bothered by the way he uses them. I want to focus on two issues that I see: human exceptionalism and methodological naturalism. Dembski described his third Christian non-negotiable, human exceptionalism, as "Humans alone among the creatures on earth are made in the image of God." By itself, I think that's a pretty standard piece of doctrine, although I'm not sure I would describe it as a non-negotiable, in the sense that you have to believe it or you can't be
Read more

May 02, 2012
Over at the Colossian Forum, Jamie Smith has an outstanding review of Enns's The Evolution of Adam , echoing so many of my own concerns. Smith makes a lot of important points in this essay, and it's hard for me to pick a snappy quote to tease you with here. Maybe this will do the trick: Indeed, in many ways, the very mission of The Colossian Forum is predicated on the conviction that Christians too quickly rush ahead to settled “positions” before reflecting theologically on just how we should proceed. If one wants to disagree with Enns’ conclusions, it is crucial to first attend to the whole framework within which he pursues his project. In fact, even if one were inclined to agree with his conclusions, it is important to consider whether one also wants to accept the way he gets there. More importantly, if evangelicals are going to debate these matters well, we need to consider more foundational issues and not rush ahead to nailing down a “position.” He also discusses
Read more

May 01, 2012
We planted a tree for the new arboretum. Bryan celebrates Arbor Day Feedback? Email me at toddcharleswood [at] gmail [dot] com.
Read more
More posts