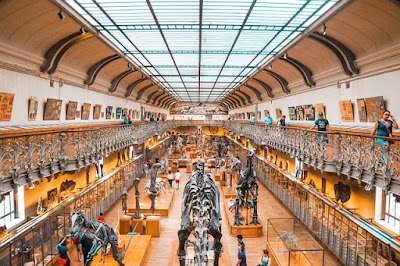 All of you who've followed my career would recognize those baraminology diagrams with the squares and circles.  Those graphs are summaries of something called baraminic distance correlation (BDC), where each pair of critters could be said to be significantly close or significantly far apart.  Based on the pattern of these correlations, I think we can find created kinds.  Although I did not invent the method, it's basically been my standard procedure for dozens of studies.  I've done additional work (like adding a procedure called bootstrapping) to rectify the obvious shortcoming of the method, and I've tried to use it to answer the big question: Can we say that created kinds really exist?
In a new pair of papers in this week's Answers Research Journal, Colin Reeves outlines his objections to the basic methodology.  He criticizes nearly every step of the process and me in particular for using it uncritically.  He then proposes that we just use standard cluster analysis techniques, like medoid partitioning or fuzzy analysis.
I don't remember when I first heard about Colin's papers, but it's been a while.  Andrew Snelling was very patient (probably too patient) and allowed me to work up a substantial response.  By substantial, I mean a paper with a 500-page appendix.  The process of writing this has been at times frustrating but in the end extremely rewarding.  This is a huge step forward for baraminology and the discovery of created kinds.
My experience here began with a careful read of Reeves's papers and a quick outline of rebuttal.  Some of his claims were unfortunately not correct, but there were others that were definitely worth considering.  I also determined that I would write a response that was not a typical rebuttal.  I didn't want to adopt any sort of adversarial or cruel tone in my writing.  I wanted to produce something that was excellent and exciting and really advanced the field, even if it meant I had to start over on some of my baraminology studies.  Whether I succeeded I'll leave to the reader.  I hope I did OK.
So my main issue with his proposal of cluster analysis techniques was that he applied them to only one previous study and came to roughly the same conclusion that I did with my supposedly faulty technique.  That was very curious to me, and I wondered if that would hold up for more studies.
Colin's complaint about the BDC method was that it violated some of the assumptions built into the statistical method.  So it was questionable if the "significant" were actually significant.  That's different than showing that BDC actually produces false results.  Given that I'd applied the method to hundreds of different groups, one thing that struck me was that the method usually uncovered something that made sense from conventional studies.  I rarely (if ever) got something outrageously senseless, like putting a lion, dog, and bear in one group and separating out a tiger, wolf, and meerkat into another.  BDC always put cats with cats, dogs with dogs, and so forth.  To me, this spoke pretty well of the BDC method.  I just needed to quantify this to show that BDC wasn't as bad as Colin seemed to think.
And that's what I did.  I examined 82 mammal groups with multiple methods.  This took a lot of reading and study to figure out how to do what I wanted to do.  I had to reprogram BDISTMDS and expand it.  And then I generated about 1,000 diagrams across all groups.  Needless to say, this took years, and it didn't help getting interrupted by things like COVID.  But it's finally done, and I'm glad, because the results were fantastic.
It turns out that BDC is not as bad as it sounds.  It actually gives results that are very consistent with other clustering methods.  In some cases it performed better than any other clustering method.  Looking at the results of the original 82 baraminology analyses, the new study confirmed 54 of them.  That's about two thirds.  So that's fantastic!
What about the other third?  That's where the real value of Colin's recommendations come into play.  These additional methods Colin suggested give us a way of testing the BDC results, so when we see that the different methods contradict each other, we can be more skeptical about our conclusions.  That's a pretty spectacular result.
So in my original study of those 82 mammal groups, I decided there were probably 57 created kinds, and the rest were inconclusive.  In this new study with the expanded methodology, I think I can see about 47 created kinds.  That's a big difference, even though most of those created kinds were confirmed.  These new methods make us more skeptical of some of the questionable results but even more bold for the majority that were confirmed.
Now this might all sound like technical gobbledygook to some of you, and that's OK.  The moral of the story is this: Baraminology is stronger now than it was five years ago.  Some of our past studies will need to be revised, but most of them will be confirmed.
Now the big question is what these new methods might do to our conclusions about humans and hominin fossils.  Have I made a terrible error?  (SPOILER ALERT: No, I haven't.)  I'm really looking forward to finding out more with this great new set of tools.
Thanks, Colin, for a great challenge.  I'm glad things worked out.
Reeves, C.  2021.  A Critical Evaluation of Statistical Baraminology: Part 1—Statistical Principles.  ARJ 14:261-269.
Reeves, C.  2021.  A Critical Evaluation of Statistical Baraminology: Part 2—Alternatives and Conceptual and Practical Issues.  ARJ 14:271-282.
Wood, TC.  2021.  Baraminology by Cluster Analysis: A Response to Reeves.  ARJ 14:283-302.
Feedback? Email me at toddcharleswood [at] gmail [dot] com. If you enjoyed this article, please consider a contribution to Core Academy of Science. Thank you.
Have you read my book?  You should check that out too!