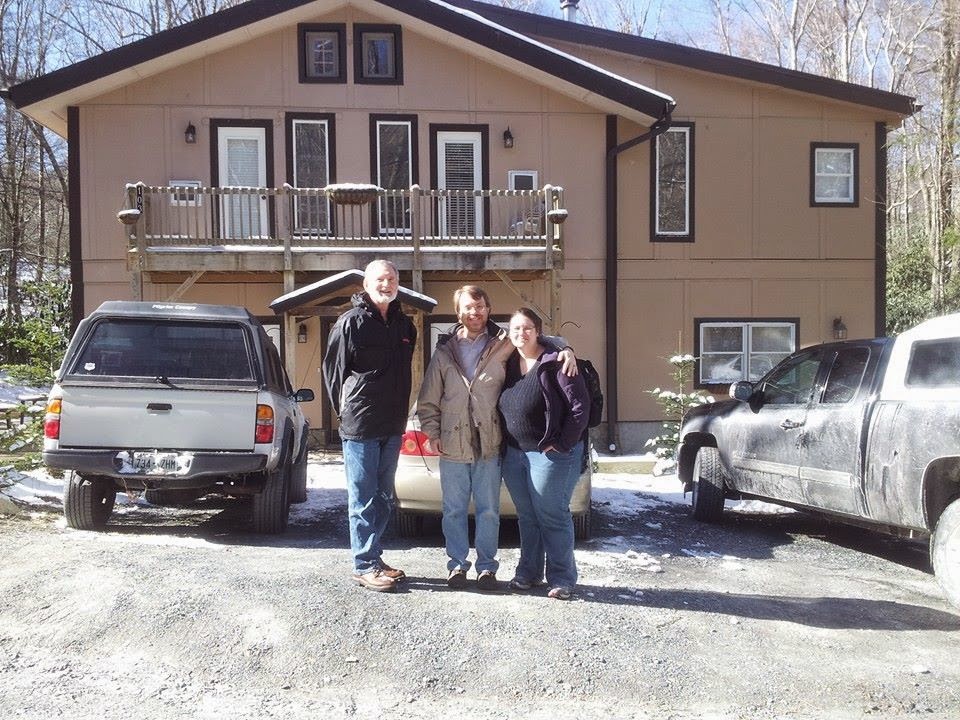 I'm just back from Core Academy's Smoky Mountain Creation Retreat in Beech Mountain, NC.  Pictures from the weekend can be seen on our Facebook page.  The biggest surprise of the weekend was the four inches of snow that fell the night we got there.  Everyone got in and out safely, so the snow was just fun to watch.

I would love to tell you exactly what we talked about, but most of it was pre-published work in progress.  I talked a bit about Ian Barbour's religion/science taxonomy, and I got a lot of good feedback on my ideas.  That was very helpful.  Jud Davis talked about Hebrew cosmology and the "firmament," which was really exciting and frankly a little shocking.  I'm hoping to see more of this work in the very near future.  Marcus Ross reviewed a pair of contributions he's written for a new book project, and I was pleased to see how much work he had done to make his arguments as good and as modern as possible.  Finally, Lee Spencer was a good sport and reviewed Adventist beliefs about creation.  There was plenty of extra time to chat and catch up with those in attendance, and I think everyone had a really good time.

Next year, we plan to have another Smoky Mountain Creation Retreat on April 1-3, 2016.  Mark your calendars now if you plan to be there.  In the mean time, abstracts for Origins 2015 are due this weekend, April 4.  See the call for abstracts at the Creation Biology Society website.