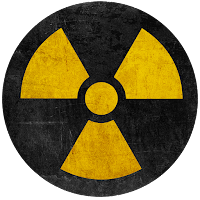 I've had some interesting feedback from my posts about my ongoing conversations with Darrel Falk (part 1 and part 2). A lot of it has been supportive. Some people are curious and ask me things like, "How can Dr. Falk believe that?" Other readers have expressed concerns, via email, phone calls, and in person. All very nice, of course, but there's an undercurrent that somehow I'm doing something dangerous.

I agree. I am definitely doing something dangerous. First of all, I run the risk of being persuaded. Our positions and why we hold them is the core of what we talk about. Any time you talk about that, you run the risk of changing your mind, but I would say there's just as much danger for Darrel as there is for me. And I'm really stubborn. Just ask my parents.

A more imminent danger is being misunderstood, and this is the one that I'm far more concerned about. I'm especially concerned with what Proverbs would call "the simple." That sounds like a terribly arrogant thing to say, but it just means people who aren't well-informed about something. I think I can best illustrate my concerns with a story:

Let's say there's this guy George, who doesn't know much about the creation/evolution debate. So George doesn't have a strong opinion one way or another. He likes seeing things from AIG in his facebook feed, but he thinks National Geographic specials are neat too. He doesn't see much reason to get excited. Then George hears about what Darrel and I are doing, and George thinks, "Hey, that's great! Christians can hold different views and still get along, because faith in Jesus is the most important thing, and the differences just don't matter."

Wrong, George. Dead wrong. The differences matter a great deal, because the differences are about TRUTH. As Darrel said in his previous post, we both think the other is doing damage to the church. I think accepting evolution will send the church toppling down the slippery slope to atheism, and Darrel thinks that promoting young-age creationism will make the church antiscientific and increasingly irrelevant in our modern scientific culture. These are not small concerns. They matter a great deal.

I once had a man tell me that our Christian understanding of creation is just not important. It's a "secondary issue," he said, and then he quoted that saying that is so loved by Christian academics who depart from the mainstream: "In essentials unity, in nonessentials liberty, in everything charity." That sounds like a great plan, but the problem is determining what is essential? Darrel and I agree that our views on creation are not essential for salvation, but that doesn't make them unimportant. We both fear that if the "other side" wins, the church's witness will be crippled and souls will be lost. That doesn't sound like a "nonessential" issue to me. That sounds like a big deal, and it is.

I reject wholeheartedly the naive dichotomy of "essential" vs. "nonessential." When you're dealing with truth, who's to say what is important to a person's coming to salvation? Maybe to some, the most important part of truth is seeing that Christians live genuinely transformed lives and are not hypocrites. Maybe to others it's the idea that we're loved, no matter how broken or wicked we are. Maybe to others it's about having a consistent, coherent, and logical set of beliefs that makes sense of the world and our Christian experience. These issues aren't the Death-Burial-Resurrection of Jesus, but they can be critically important to different people. Who am I to judge what is important and what is not? Maybe that's why God has our hairs numbered and knows the stars by name. Maybe everything matters to God?

It's easy to deal with problems by pretending the issue doesn't matter, but if it really didn't matter, then why is it a problem? Our postmodern society just wants us to deny that there's any truth content in religion at all. Supposedly, any religion is just as good as another, and whatever works for you is fine.  I don't believe that either. That's a broad path that leads to destruction. There's truth at stake in my conversation with Darrel, and it's important truth. Our difficult disagreements should not be brushed under the rug. They deserve respect.

How do you even have that conversation then? Let's face it, we all know how to have a culture war and ridicule people we disagree with, and we also know how to shun and ignore them. Having a real conversation requires you to sit down, look someone in the eye, and say, "I just don't think you're right. I think you're deeply wrong, and the church will be harmed by what you're doing." That's tough. It's dangerous, risky, scary, hard work. And there's no instruction manual. You just have to jump in and trust the Lord to carry you through, one sentence at a time. You have to trust that He holds you in His hand, and He will not let you fall. You have to trust that in the end He will be glorified as you struggle to speak the truth in love.

Yes, it's dangerous, but learning to trust like that is exhilarating. You should try it sometime.