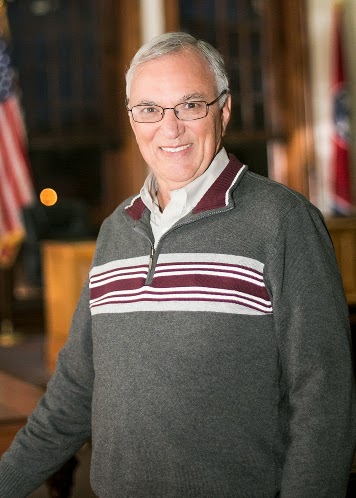 Last week, I wrote an article about my on-going conversations with Darrel Falk.  He suggested that he might write a follow-up, and I agreed to have a look at it.  It's well worth reading, so with his permission, here it is.


It was with considerable enjoyment that I read Todd’s recent blog in which he explores what a person should do when one’s “mortal enemy”—me, it turns out—asks for help.   I appreciate how as he sought an answer to the question—he turned to Scripture and Jesus instruction, which, it turns out, is that we are to love our enemy (Matthew 5:44) and that we are to bless those who curse us (Luke 6:28).

I also liked the fact that Todd suggested that talking with me was better than the alternative: he didn’t want to take any chances on being swallowed  by a great fish.  So Todd, using Jonah and Jesus as his models, agreed to a little “cross-cultural” ministry.  He began to help me understand how a very smart biologist could hold a view that seems so incongruent with the knowledge we both have as scientists.

The two-year-long process has been enlightening.  Never have I felt so loved by a person who thinks of me as their “mortal enemy” and by the same token, never have I come to care—I think a little like Jesus must—so deeply for the welfare of an ardent young age creationist.

I asked Todd if I could respond to his blog.  First of all, I want to say that after twenty plus years of interacting with those who hold the young earth view, I do not ever recall anyone questioning my relationship with God or my standing before God. I am, however, fully aware that my views on evolution are considered to be deeply harmful to the church.  Various leaders, including Todd, have been very frank about this.  We are all aware of the significance of a spirit of unity within the church.  Jesus final prayer in the 17th chapter of John is a call for oneness, and Scripture is full of statements about the centrality of love in the life of all believers.  However, the New Testament scriptures are also filled with references to the dangers of false teaching and there are some strongly worded statements about what to do about people who mislead others.  So Todd and I are on very precarious ground—he thinks my position is very wrong (i.e. false) and I think his is wrong (i.e. equally false).  He thinks that my teaching will harm young people and cause them to lose their faith.  I’m afraid I think the same about his.  So what in the world do we have to talk about?  I don’t think he’s going to change his mind in a significant fashion and he knows that the probability of my moving into the young age camp is pretty slim.  One of us is wrong: I think it is Todd; he thinks it is me.

So why do we—“mortal enemies” that we are—get on Skype every Wednesday morning at 6:30 a.m. PDT to talk for an hour about various aspects of our work as science professionals and our views as Christians?  It is because each of us are responding to what we think is our Christian responsibility.  For the present, we think, we are called to grow in our understanding of the other: how can we, two persons each committed to evangelical Christianity and each quite knowledgeable about biology, end up with such disparate views?   That is an intriguing and an extremely important question.  Perhaps someday, this kind of conversation will become more public involving more and more people.  If so, our hope is that it would always be a conversation between “mortal enemies” who really love each other in a manner that seeks to parallel Christ’s self-sacrificing love for the church.

We could, if we so choose, just hunker down and lob stones at each other’s views from within our walled fortresses.  However, as scientists and as Christians, we have no use for that approach.  As scientists, we seek to clarify the basis for the alternative models of creation.  We don’t think that can be done productively from behind the barricade of high walls and locked doors.  As Christians, we are called to love--even our enemies—and we don’t think that can meaningfully be done without communication.

The theme of Todd’s blog is the story of Jonah and his call to go into Assyria for some “cross-cultural” ministry—a calling Jonah initially rejects.  The consequences are dire as he finds himself deep in the underbelly of a great fish.  He repents and quite dramatically is given a second chance.  This time he proceeds to follow God’s call but does so in a self-centered, smug manner—not much of an improvement it turns out. The story of Jonah ends with him sitting outside in the desert just to the east of the Assyrian city waiting for its destruction only to find God at work in ways that didn’t fit with how he envisioned God would work.  This time, instead of being swallowed by a great fish Jonah is found to be wallowing in the mire of his own self-righteousness.   God is not pleased.  Jonah’s narcissistic pride and his determination to be right at all costs seems to swallow him alive.  From that, it seems as the book draws to a close, there is likely to be no rescue.

So Todd and I are talking, and hopefully in a humble fashion that is not characterized by self-righteousness.  We are both very firm in our convictions.  This includes, however, the greatest conviction of all: as followers of Christ, we must be known by our love, even when the object of that love is our “mortal enemy.”


Feedback? Email me at toddcharleswood [at] gmail [dot] com.