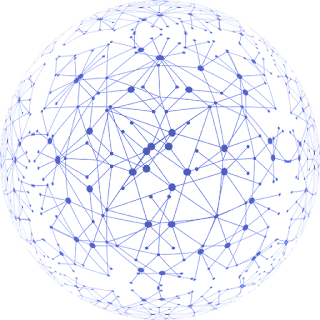 The ID journal Bio-Complexity recently published a paper from Winston Ewert on one of my favorite topics, the pattern of life.  By "pattern of life," I mean the pattern that the similarities of organisms forms, a pattern that an evolutionary biologist would say is an evolutionary tree.  I've been interested in this subject for more than 20 years, and I've conducted at least three substantial research projects trying to understand it.  I have yet to publish this work, mostly because I've been dissatisfied with the projects.  I keep finding complications that cause me to reconsider the hypotheses that I'm testing.  In other words, I haven't yet figured out how to really tackle what appears to be a largely intuitive problem.

So Ewert's paper just came out, and people are excited about it.  I've gotten several emails asking about it, and I have to say that it is definitely the most interesting paper I've seen in Bio-Complexity in a long time.  At least that's my personal judgment.  Your mileage may vary.  Anyway, I'm really gratified to see ID scholars take an interest in this fundamental question.

So what about his work?  You're not going to like this, but I'm still thinking about it.  Like I said, my own involvement is twenty years of work, and Ewert's paper is a substantial piece of work.  I will share a few thoughts to tide you over.

First of all, this is not a paradigm-breaking, epoch-making breakthrough.  It's a good step, and definitely one possible response to the evolutionary tree of life.  But it's only a start, and I think Ewert would agree with that.  He's proposed a number of predictions that need to be worked out.  He's also approached the problem from the perspective of species fixity, and he acknowledges that those who wish to add some kind of limited common ancestry (created kinds) will need to do their own modifications to the basic idea.  So I don't want to get too carried away.  I know there is a lot more to be said.

Next, Ewert's dependency graph could be interpreted as a reticulating tree, which is a pattern that has been suggested by many evolutionary biologists.  So is the dependency graph really different from the modern evolutionary "tree?"  I'm still thinking very carefully about this, because I don't think the answer is obvious.  On the one hand, if I were a skeptic, I would say his graph is not different at all from the modern evolutionary tree, but he makes a good point by saying that the reticulations in the pattern ought to be nonrandom if they are part of some kind of design.  So I'm still thinking through all of this.

Finally, let me address one of the problems I've struggled with in my own research.  Trees, dependency graphs, and reticulating trees are all forms of networks, which consist of nodes and edges.  In a tree the terminal nodes are all known taxa, mostly species.  Internal nodes are different.  In an evolutionary tree, the internal nodes represent hypothetical ancestors, but in the evolutionary tree, those ancestors must have had some real existence, even if we don't have direct evidence of their existence.  (Of course, whether a node actually represents an ancestor depends on the accuracy of the tree, but let's just not go there right now.)

If evolution is not correct, what are these internal nodes?  If they're not actually ancestors, then what are they?  Do they exist apart from the organisms?  Let's look at an example from Ewert's paper:


In these figures, the blue boxes represent the terminal nodes which in this case are the species.  The green circles are putative ancestors, which under Ewert's design model, don't actually exist.  Ewert's dependency graph adds other internal nodes, which he here he labels as "Echolocation" and "Marine."  So the dependency graph basically imagines legitimate alternative classifications.  The internal nodes represent what Ewert calls "modules" that are re-used in the design of different organisms.  But in living things most of the modules (at least of the types in the diagram) don't actually exist apart from the organisms.  There is not an "Afrotherian," since Afrotherian describes a suite of characteristics shared by certain African mammals.  So the networks, be they trees or dependency graphs, connect species, which have an independent existence, to suites of common characteristics, which are not species.  They are heterogeneous networks.

What I've been trying to figure out is how to develop a network that includes only species as nodes and common characteristics are edges connecting the nodes.  Once we have that network, what are the characteristics of the network?  Is it a tree?  Or something closely resembling a tree?  Or is it, as I suspect, something substantively different?  Sadly, generating a graph like that is nontrivial, for reasons I don't really want to get into here.  It's really a very, very long story.

Anyway, please don't take this as a criticism of Ewert's paper (and please don't write some flaming rebuttal. That would be overkill).  These are just my own thoughts from my own research.  As I said, I want to look much more closely at Ewert's work before I come to any final conclusions.

I think it may be time to publish some of my previous work on this.  I'm feeling inspired...

Check out Ewert's paper for yourself in Bio-Complexity.