The Ark and Evolution Money 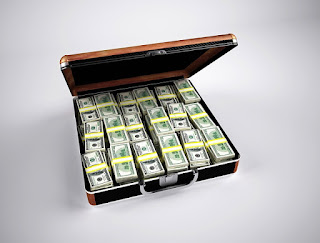 Answers magazine has two very helpful articles in its most recent issue, one of which you can read for free today.

In the first article, Andrew Snelling addresses the claims that the remains of Noah's Ark might be found on modern Mt. Ararat (a volcano known as Agri Dagh). I have addressed this issue in a previous blog post, where I was pretty firm in my understanding that the Ark will not and can not be found on Agri Dagh. I said that modern Mt. Ararat is a post-Flood volcano that has erupted many times since the Flood.  Andrew Snelling makes the same points but far more diplomatically and with much greater geological knowledge and detail. He still reaches the right conclusion:


Mount Ararat was thus not built under water. The volcanic eruptions that spread lava across the Erzurum-Kars Plateau and then built Mount Ararat began after the Flood deposited all the ocean sediments. That means the ocean waters had already retreated from off eastern Turkey (and Noah’s Ark had landed) before Mount Ararat was built.

Please read that article if you have the chance. It is well worth it.


Here's some friendly advice to my readers: Please stop pouring money into fruitless searches for Noah's Ark. Do you know what real good you could accomplish with your money? Instead of gambling it away on the hope that you'll find Noah's Ark on a mountain where it can't possibly be? If you're really into creationism, invest in creationist education or research. There are plenty of creation scientists out there struggling with little or no research funding, and it physically sickens me to see people getting swindled out of thousands of dollars on ridiculous Ark expeditions.

As it so happens, I know an organization that could really use your support!

Speaking of money and donations...

The second article I liked is currently a subscriber exclusive, but hopefully that will soon change. The article is all about the money that John Templeton Foundation (JTF) spends to promote evolution to evangelicals. I've been concerned about this for years, and it's nice to see Answers magazine exposing this work to the light of day. You need to read that article even if you have to get a subscription or buy a copy of the magazine. People ask me about the popularity of organizations that promote evolution, especially about BioLogos. Most of them don't understand a fundamental difference between young-age creationism and BioLogos. Creationist organizations like ICR or AIG were built from the "grassroots" by donations from people like you and me. The rise of BioLogos was bankrolled by JTF. They're certainly giving voice to certain academic evangelicals, but they do not represent the majority of evangelical believers. Not by a long shot. Do not be fooled.