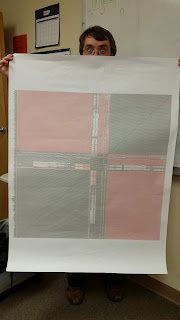 It's been a while since I checked in with a report on our research. Things have been coming along pretty well in the trillium project. We've gotten some genomic DNA sequences from our trillium samples, but we're still working on getting the ones we're looking for. The next batch of sequences look promising, so I'm hopeful we'll start making substantial progress on that work in the very near future.

Our other intern is working on created kinds of mammals, and while she ploughs through all of that, I've been playing around with beetles.  Specifically, the weevils of superfamily Curculionoidea.

The tricky thing about insect created kinds is that they are so diverse. The weevil superfamily contains about 60,000 species, most of which are in the weevil family Curculionidae. That's a lot of species. Previous studies of vertebrates have hinted that the family classification might be roughly equivalent to a created kind in some instances, but we don't really know much about insect created kinds. Because, like the weevils, their families are huge.

I recently obtained a set of characters for weevils that includes more than 500 taxa from a broad sample of weevil diversity. It's not 60,000, but it's pretty big. Certainly big enough to be really interesting. I needed a three-foot square plot to get the whole baraminic distance diagram to where I could actually read the labels, even with tiny font. So that was fun! 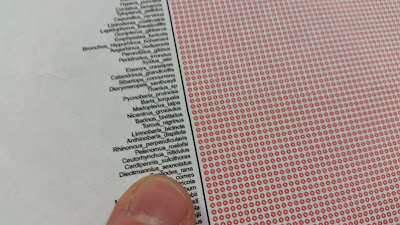 You'll also noticed I colored the dissimilarity red so it stands out better. The size of the thing still makes me a little dizzy looking at it. People prone to seizures should probably look away. I'm not sure how I'm going to publish this thing.

Why do I care about weevils?  Because bark beetles are part of the weevil family, and we have an ongoing research project on bark beetles. Check it out: