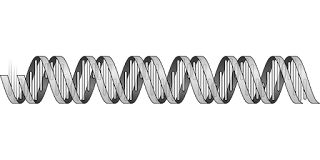 A long time ago (seven years to be precise), I wrote about an article by Jean Lightner on skin color variation, in which she proposed that "directed mutations" could account for nonrandom patterns of nucleotide differences that we observe in the present.  It was an interesting idea, and I like interesting ideas.  In my post, I was very favorable towards the concept.

Truth is: I was always a bit uneasy about the idea.  Just a bit.  I think there's a fine line in creationism between using creationist beliefs to think creatively about the world around us and being ad hoc and explaining away interesting trends.  I'm not always sure where that line is, and that's awkward.  I've always respected Lightner's proposal because it could be true, but deep down I wondered if it crossed the line into ad hoc speculation.

Then, things change.  An article last month in Genome Research described something kind of similar to what Lightner suggested.  Pinto et al. looked at an enzyme called APOBEC3G, that is part of a family of genes in human and ape genomes that deaminate cytosines.  "Deaminating cytosine" is a sort of "directed mutation," because that chemical reaction changes the sequence of DNA at a single nucleotide position.  When Lightner proposed this idea of directed mutation, she had in mind the notion of altering single nucleotides in DNA.

APOBEC enzymes are thought to defend human cells against viruses by mutating them so they don't work any more.  Pinto et al. wondered if there might be evidence of APOBEC enzymes acting on human and ape genomes as well.  Think of it as a sort of "collateral damage" in the war against viruses.  In their survey, they found eight thousand unique clusters of mutations that look like APOBEC mutations in the human genome, as well as the genomes of Neandertal and Denisovans.  They found almost a half million that were unique to the entire genus Homo.  The fact that these mutations are unique to these different forms of human indicates that this enzyme has indeed altered human genome sequences since creation.  And that's just one version of an enzyme family that has multiple variants in the human genome.

Now, we have to put this into perspective.  APOBEC doesn't account for all variations in the human genome, or even most of the variations.  It doesn't explain why the human genome is nearly identical to other ape genomes.  All we get from this research is one example of how an enzyme really could alter a human genome sequence at one nucleotide position.  That's pretty exciting stuff, though, and it greatly alleviates my unease about "directed mutations."  They really can happen.

Now the question is: How many other enzymes like APOBEC3G could also alter human genome sequences?

Tomorrow, research week continues as we "take the wings of the morning and dwell in the uttermost parts of the sea."  Well, maybe not the "uttermost," but at least we'll head out to an island and talk about tiny populations.