The origin of us 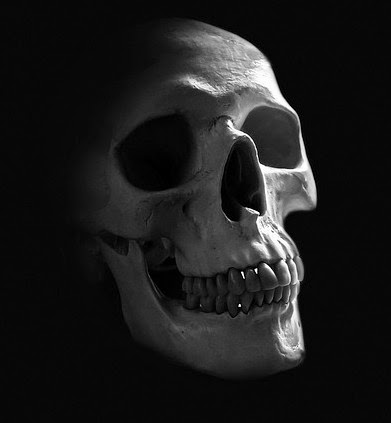 A reader emailed and asked me to summarize my thinking on human origins, complete with bibliography.  That sounded like a good blog post, so here it is.

Let me begin by emphasizing context.  Constructing an alternate interpretation of the fossil and genetic evidence related to human origins requires a means of doing that.  That sounds obvious, but I think it's lost on a lot of people.  People just want to know what Neandertals are or what to do with the similarity of human and chimpanzee genomes.  Those sound like simple questions, but the possible explanations get pretty big pretty fast, and we need something to help narrow things down.  For example, a person's views on the age of the earth have a gigantic impact on interpretations of human origins.  As a young-age creationist, I put the Neandertals in the post-Flood, post-Babel period, but to an old-earth creationist, that interpretation might seem absurd, since it would require us to put Adam and Eve hundreds of thousands of years ago, before the Neandertals existed.  Alternatively, some creationists might assume that humans and apes could interbreed and produce weird hybrids that we now call Neandertals, while others (like myself) find such an interpretation theologically impossible.  So how we answer the question - the intellectual foundation we build our answer on - is just as important as or maybe even more important than the answer itself.

This frustrates people, I think.  They think they want a simple answer, but as I describe my position, it doesn't take long before they start saying things like, "Well, how do you know that?"  It would be nice if we could just carve out humanity from the rest of creation, but that's not going to happen.

For myself, I can't begin talking about my own work on human origins without putting it in the context of statistical baraminology, which in turn grew out of a much broader community of creationist thought on the subject of biology.  The work of Frank Marsh was especially influential, but statistical baraminology moves way beyond anything I think Marsh would be comfortable with.  Indeed, as I developed statistical baraminology by working on things like flowers or horses, I always had in the back of my mind the notion that the methods would eventually be applied to humans.

That said, my first foray into human origins was my provocative and controversial 2010 paper Baraminological Analysis Places Homo habilis, Homo rudolfensis, and Australopithecus sediba in the Human Holobaramin.  In contrast to previous creationists, I drew a much wider circle around the fossils that I thought were human.  In addition to H. erectus and Neandertals, I also included some of the more fragmentary remains named in the title of the paper.  The principal result of my study - the most important thing of all - was the confirmation that a robust discontinuity between human and nonhuman can be recovered by statistical baraminology.  That's a HUGE result and very exciting.

Naturally, many creationists found my analysis hard to swallow.  In particular, putting Australopithecus sediba in the human family was not warmly received.  I thus wrote a followup, published in 2011, called Baraminology, the Image of God, and Australopithecus sediba.  As mostly a response to my critics, it's a hodgepodge of three themes: objections to baraminology methods, concerns that humans cannot be more than one species, and rejecting inclusion of sediba in the human baramin.  So if you have concerns about those issues, read that paper.

Next, I tackled human mtDNA, where I further argued that Neandertals were human and so are the mysterious Denisovans, who are known only from DNA and a few skeletal fragments.  I found that putting Neandertals, Denisovans, and modern humans in the same family tree causes some very interesting problems.  When we add these other human groups, the molecular clock fails, which basically means that mutations have not been building up at a constant rate.  In the paper, I argued that this was most likely due to a higher mutation rate in the past.  Read all about it in Ancient mtDNA Implies a Nonconstant Molecular Clock in the Human Holobaramin.

In my review of Jack Collins's Did Adam and Eve Really Exist?, I argued more forcefully that Neandertals and Denisovans must have been human because we know they had children with ancestors of modern humans.  But if we accept that, then it's much easier to fit them in with a young-earth chronology than an old-earth chronology.

My next study was published in the 2013 ICC proceedings, but it's not available online.  In that paper, I tried to re-analyze the baraminology of Australopithecus sediba, but my results were inconclusive.  So if you like to read papers that don't reach a conclusion, track that one down.

Now some of you are probably wondering what all of this means and how it all fits together.  The good news is that I've written up two papers describing my perspective on human origins.  The bad news is that these papers are not yet available.  They were written for a book project that seems to have been delayed, but rest assured that I will alert you when that book is published.

In the meantime, here's what I think in a nutshell:  God created Adam and Eve, and their descendants split into biologically distinguishable populations that (if they had survived) would be called different species.  These other human species descended from Adam and Eve include minimally Neandertals, Homo heidelbergensis, Homo ergaster/erectus, and Homo floresiensis.  I would also include Homo habilis, Homo rudolfensis, and Australopithecus sediba, but those are more uncertain.  These other species did not survive because they were absorbed by populations of Homo sapiens as they spread out over the globe after the tower of Babel.  Absorbed = interbred until there were only Homo sapiens.  Why did Homo sapiens come to be the sole surviving species of human?  That's a topic for this summer's Creation Biology Society conference.