October 22, 2012
Roger and I had a great time in Florida over fall break, collecting insects and plants at Bryan College's 1300 acre tract of land down there. 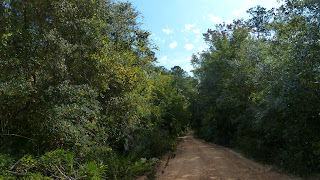 This is one of the several creek crossings on the property.  Since the property is former logging land, there are passable roads throughout the entire acreage.  There are also a few impassable roads that I found out about the hard way.  Fortunately, we only had to call for rescue once. 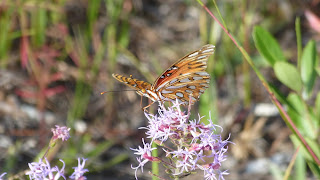 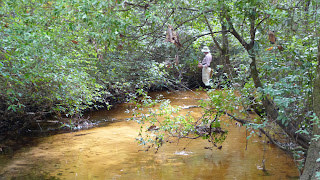 Roger sampling the vegetation along the aforementioned creek. 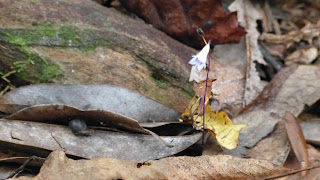 One of my favorite discoveries of the week, the parasitic flower called "nodding nixie" AKA Apteria aphylla.  There was a large patch of them alongside one of the creeks. 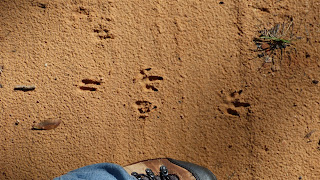 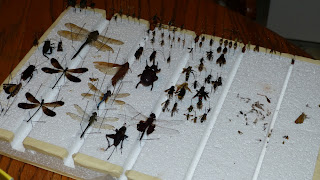 We collected at least 50 species of plants and at least as many bugs.  We'll be working on processing these specimens, and we might put them on display in the Henning Museum.  Stay tuned for more information on that.