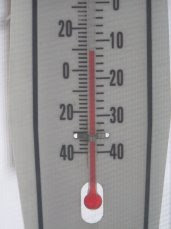 So... It's cold in Michigan: Christmas the way it was meant to be experienced. What's better than waking up to nine degrees? So far, that's been the high for the day! This afternoon, there's going to be a windchill warning. This is the coldest Christmas in quite some time. The funny thing is that it was 68 on Friday in Dayton. Can't have Christmas like that.
In other news, I read this passage this morning in I Peter 2:13-17 (HCSB):

Submit to every human institution because of the Lord, whether to the Emporer as the supreme authority, or to the governors as those sent out by him to punish those who do evil and to praise those who do good. For it is God's will that you, by doing good, silence the ignorance of foolish people. As God's slaves, live as free people, but don't use your freedom as a way to conceal evil. Honor everyone. Love the brotherhood. Fear God. Honor the Emperor.

Lots of applications come to mind, but I'll limit my comments to this: If you really want to "refute" (I hate that word) the anticreationist scoffer, the only way to do it is through scientific excellence. Silence them not by arguments but "by doing good." Make sure there's no room for accusations of fraud or incompetence against you. Do good. Be (or become) good scientists.

I'd also like to recommend Mike Matthews's editorial in the latest issue of Answers magazine, which should arrive any day now, if it hasn't already. Read it. It's good stuff.
Bible